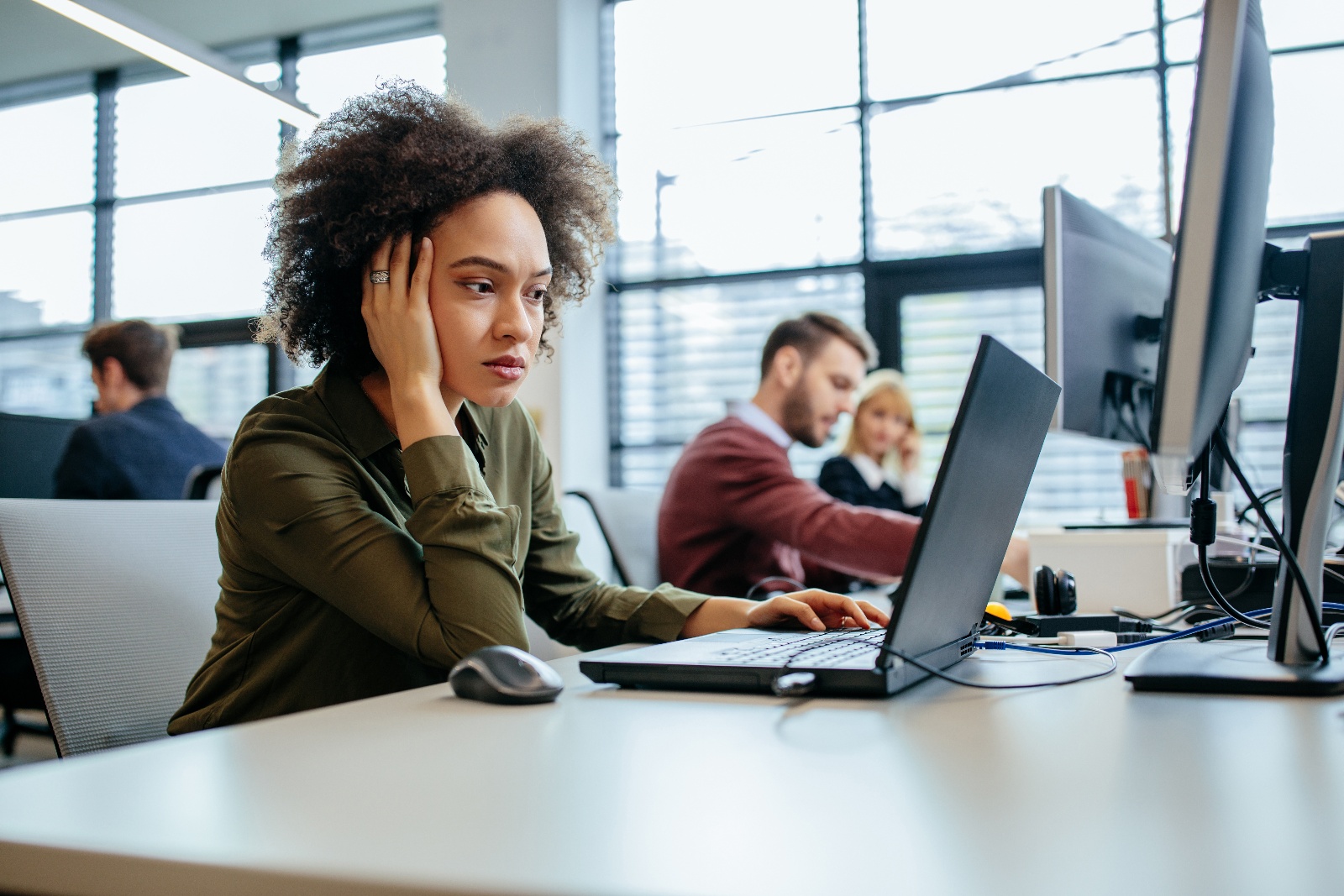 Last week, The Wall Street Journal ran an article arguing that organizations are struggling to reap ROI from public cloud computing under the misleading headline CIOs Still Waiting for Cloud Investments to Pay Off.

This article was a contrarian hit piece riddled with contradictions to the point of disproving its premise entirely. The authors essentially took a report stating that 88% of organizations across industries globally are advanced in their adoption of cloud technologies and benefiting from it, to flip the results and imply that upwards of half of them somehow aren’t getting their money’s worth.

Such innuendo is disingenuous at best, and downright dangerous at worst — especially if it discourages CIOs in the healthcare sector from pursuing cloud migrations for desperately needed efficiency and capability advancements that actually prove extremely beneficial to both IT function and the bottom line!

What’s wrong with this story

The authors cite an alarming statistic from a recent KPMG report about perceived cloud investment payoff, but failed to note the same report states 80% of respondents are “satisfied with the returns their cloud transformation programs have attracted to date” —  48% “met most objectives and realized some benefits, with moderate ROI” and 32% “fully met or exceeded objectives; realized benefits and substantial ROI.” Of the remaining respondents, 17% are neutral (“with some ROI”) and a mere 4% report being dissatisfied (“with limited ROI”).

Nobody reported zero return on investment.

The WSJ reporters interpreted those results to mean a huge swath of surveyed senior technology leaders have yet to see a “significant” return on cloud investments and may need to “rethink cloud costs.” It boggles the mind!

The article’s title is particularly misleading because it conflates a shift in CIO perspective about the ultimate value of cloud power with a lack of ROI. As is clearly stated in the article:

“Many first movers expected significant IT cost efficiency from their cloud investments,” said Barry Brunsman, a principal in KPMG’s CIO Advisory group. “We have seen a shift away from that expectation in favor of speed and agility.”

That doesn’t mean they aren’t getting cost efficiency. It just means they’ve realized the cloud supplies something even more valuable — speed and agility.

Furthermore, the article implies that lots of organizations are actually facing increased costs from cloud transitions, but then quotes experts explaining that this only occurs with seriously flawed implementation. A quote from Dell CTO John Roese is teased in the article’s subtitle, “You discover your cloud architecture is immature when you’re surprised by the bill.” But in his full quote, he explains:

In other words, if you’re surprised by the bill, you’re doing it wrong.

Importantly, the article fails to address the simple truth that, dollar-for-dollar, even the most-talented and well-staffed IT departments at any company cannot accomplish in-house and on-premises anything near what they can with cloud power and agility supplied by the public hyperscalers at AWS, Microsoft, or Google (none of whom were quoted on the topic for this article — a rather glaring omission).

There is no cheaper way to achieve all the cybersecurity, resilience, agility, and scalability provided by public cloud infrastructure. There is no alternative that even comes close.

So what’s with the perception of failed ROI? If some CIOs are struggling to get the most out of the cloud, let’s address why that could happen.

Here are the top five reasons your cloud investment isn’t paying off:

Unlike on-premise infrastructure, which requires oversight and operations-team configuration to make changes, the cloud is developer-driven and designed to supply resources on demand.

That kind of power and flexibility can prove expensive when utilized unchecked and ad hoc. Developers can conceive of an idea and march off to test it out faster than you can say “banana,” often without any involvement or oversight from the infrastructure team and with nary a thought to billing rates or instance-pricing models.

Giving developers such power is great for fostering innovation — but can seriously bloat your bill. For example, spinning up a wad of EC2 instances for a new test application, then forgetting about them and letting them run even when they’re no longer being used is not uncommon.

Having proper governance in place puts guardrails around what can and can’t be deployed when and by whom. It gives the infrastructure team, as well as the finance team, more visibility into and control over cloud costs. You don’t have to bar your developers from the freedom to innovate (in fact, you don’t want to!). But governance guards against overprovisioning cost runaways and assures IT asset management (ITAM) is aligned to business objectives.

There are an array of tools and options and discounts and resources available to cost-optimize your cloud environment — and you should use them. For example:

The cloud provides the perfect environment for DevOps — the very rapid, iterative software development and operations process used by modern IT teams. Automation is key to realizing full DevOps potential.

In an on-premises model, it can be prohibitively costly to keep up with technology advances. For example, due to heavy up-front capital costs, organizations typically replace on-premises servers every three to five years — an eternity in the fast-evolving world of computing technology.

Cloud providers take the opposite approach. They adopt new technologies as they are developed and quickly make them available to their customers as part of their business model — it is a competitive differentiator. Therefore, cloud users can access powerful new technologies soon after they are introduced.

So if you’re still building things from scratch that you could’ve provisioned from the service catalog and you’re not taking full advantage of the latest cloud services that are available to you, you are leaving money on the table.

And by the way, what is the ROI of continuous early access to the latest computing technologies on a continuous basis? If you are a hospital trying to reduce downtime and optimize your Epic EHR or a health information exchange (HIE) with a legacy data center still having to plan days in advance when you want to run queries, you’d probably say it is immeasurable.

Lowering operational cost is a benefit, but productivity and agility supply the real ROI. It comes down to how much more you can do in the same amount of time with the same dollars. The cloud allows you to turn on a dime, respond quickly to market changes or demand surges, and advance the business without disrupting standard operations or burning out your staff. Just consider the ROI in added productivity yielded in proportion to operating cost. As the IDC researchers determined, cloud computing allowed organizations to release almost 3X more new features per year. So even if your infrastructure bill stays flat, your productivity increases three-fold!

Quite simply, the cloud enables innovation. You can engage in experimentation on demand to develop new features or meet new challenges at low risk and low cost — you don’t have to purchase, configure, and maintain a bunch of new hardware to try something new. Spin up an environment, test new ideas. It’s that easy. If they succeed, great! Move them into production. If they fail, no problem, spin that environment down and move on. You don’t have some enormous up-front equipment investment holding you back.

That ability to innovate is invaluable. It allows organizations to solve increasingly complex problems more quickly.

Public cloud power is what fuels the rapid digital innovation we see across all industries today, and there is no reason for healthcare to be left behind. It is already enabling everything from rapid vaccine development to expanded mental health service access. And wise healthcare CIOs can cite a host of reasons why it is the only feasible option moving forward.

Closing remarks on the WSJ piece
To return to the subtext of that inflammatory WSJ article, you may not have to take it for granted that the cloud is where you should be heading. But the alternative is to admit there are capabilities your organization will never have and services you’ll never be able to offer.

As the referenced KPMG report clearly states: “Cloud adoption is no longer the mark of a digital leader, merely the logical evolution of IT.”